Here it is! Greek Fire’s album Broken is now available. Crank it up and enjoy!

From the din of sweaty rock clubs to the grandeur of blockbuster films, Greek Fire’s ethos and ambition transcend boundaries. Formed in 2008 by singer/guitarist Moon [formerly of Story of the Year], bassist Mark Joseph Roth, and drummer Johnny Venus, the St. Louis-based trio have built a reputation for delivering visceral, cinematic rock bursting with soaring melodies and even higher hopes, along with a mesmerizing live show that’s made Greek Fire a worldwide must-see act.

Their debut LP, DEUS EX MACHINA, was released in 2011. Their 2014 LOST EP included “TOP OF THE WORLD,” a John Feldmann-produced hit that was featured in Disney’s box-office-topping Big Hero 6 trailer. Alongside ORIENTATION (2017), the band have been prepping two more releases: the forthcoming LP BROKEN and FOUND, an EP companion to LOST and the final piece of a trilogy.

“I’ve dealt with a lot of depression,” Moon explains. BROKEN is a very sad record, but at the same time, it ultimately has a very realistic point of view that always has a light at the end of the tunnel. It’s not trying to hide behind anything.” Over the past decade, Moon, Roth, and Venus have evolved to tackle the ones that seek to bring us down – and have bounced back. “If the band lasts for 20 years, I want it to represent every emotion,” Moon says. “I want it to be found at times, lost at times, broken at times; in love at times, in lust at times; heartbroken, devastated, overjoyed. I just want this band to represent life.”

WITHYN Records is a Los Angeles independent label with deep roots in the creation of all forms of art.

Our Founder, John Lenac, has been working with creatives and technology for decades/helping to launch the careers of countless artists. He has contributed to millions of albums sold and the advancement of technologies. We empower creatives and delight music fans.

We believe that everyone has greatness within.

Providing the means to help creatives succeed and become fully realized is our mission. 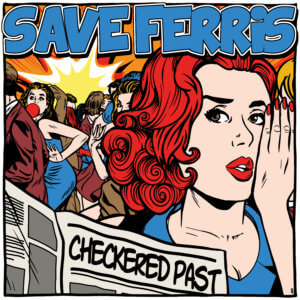 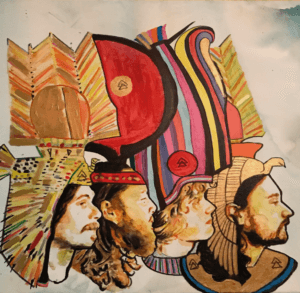